So, I’ve been living with Instagram for three months now, and decided to share a few random thoughts about it. I use Samsung phones, and they seem to have rather good cameras: I was very happy with my Galaxy S2, but this went a bit strange (didn’t like a 64 Gb memory card any more, which is no use to me as I keep all my music on there). So, a cash-purchase of an S3 was necessary, after a bit of reading around. Much nicer, although I would have been happier if the S2 had lasted until the end of the two-year contract next May. 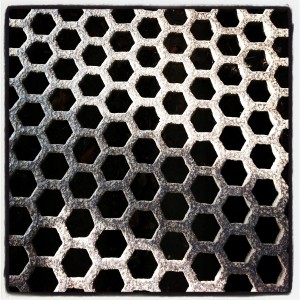 Both have great cameras, as I said, and I enjoy taking snaps when out and about so, having finally overcome my initial reservations concerning Instagram, I created an account. I had been a little concerned about having to type lots of hash-tags each time I posted, but a friend recommended Instag, which takes the hassle out of that particular aspect of it, leaving me to concentrate on the images themselves.

My second reservation (also solved by my very helpful friend) was that I would have to apply the Instagram filters to everything, but there is an option to post unfiltered pics. That’s great, as I had promised myself that I would not overdo the effects, and also means that I can use various other apps  to edit the images. I have a full screen of photo-related apps on my phone, so I’ll list my current favourites, in case it inspires anyone else to have a look at them:

Is it art? Not for me to say, but I do like the results I’m getting, and trying to avoid the more clichéd aspects of the genre (ooh, did I describe Instagram as a ‘genre’? It must be art then!). The instant way of working is a pleasant contrast, and I am also surprised by the size of the images produced, having assumed they would be rather low-res. Click on one, then click again to see full-size. Neat, huh? I also subscribe to the Satiregram feed, just to help me stay clear of the more obvious clichés (and to have a laugh with also)!

There is also a more social aspect to this: I posted a shot in Instagram from Cracow, Poland, and got a query about where it was taken, just a few minutes later. Looking at the feed of that person, I realised that they were also in the city at that same time as I was. Our paths may even have crossed that day!

For this, as with a lot of my work, I do it for my own enjoyment. If other people like it too, that’s great, but I don’t go seeking out followers. If you do want to check me out, my Instagram username is red_lenses, or click here to see my feed. Yes, ok, I may have used their own filters a little more than I intended to at first, but it’s still fairly tame compared to some of the over-the-top, push-the-HDR-until-it-hurts photos I see there. But I’m having fun with it, whilst being creative too, and that I enjoy.