I’ve used Photoshop for a long time now (along with other image-editing software and various plugins/effects software), so I though that I would share just two simple tips for using it to great effect on your images.

People seem to have quite extreme reactions to Photoshop on occasions, ranging from hating it or seeing it as pointless, to thinking that it is too big and scary for their own use. To me, the first viewpoint is like discounting an enlarger from the days of film: Part of the fun is the ability to manipulate your images to be much more like what you had in your mind’s eye when you pressed the button; it’s a part of the process of making my thoughts real, if you will. As for scary, yes; it does have a lot of options and menus, but maybe just start with these and see how you go. There is always more to learn with Photoshop, and I would love to find someone to take my own knowledge further.

The only downside of this tutorial is that once you know what a small tweak or two will do for your images, then you will probably – as I do – insist on doing more photo-editing. And why wouldn’t you, to get the best from your shot. After all, you’ve spent the money on the camera-gear, and taken the time to go out and find something interesting to point it at, so look on this as just another part of getting that elusive, ‘perfect’ shot.

I’ll just add that if you dabble without having any clear idea what final result you are trying to achieve, then it is going to be much harder to produce something decent: It’s again part of the same process for me: Thinking about what I am after as I press the shutter-button, and again on the computer.

If you think that only Photoshop can achieve this, and you don’t have access to it either through lack of funds or being on a work computer where you have limited software, then fear not: You can use Pixlr, which works in your web-browser and so is not only free, but has nothing to install (unless you are using a browser which is completely out-of-date, perhaps!). See my previous posting about it for more info. It works in a similar way to Photoshop, even down to the keyboard shortcuts I will be using today.

I’ve also included the three images from the tutorial for you to play with, in case you can’t find any suitable candidates in your own images: Simply click on them for the larger version and save to your own computer with the right-click Save image as option or drag it to your desktop.

Taken through a plane window, there is a ‘flat’ look to this image

I took the above photo through an aircraft window, flying over the Canadian tundra, north of Yellowknife. It has a rather flat, dull look, and you can probably think of similar images you’ve taken yourself. I’ve opened up the Levels dialogue-box, and you can see that there is a lot of flat-line on the left of the histogram. You may find this on the right also with some images. So … grab the left slider and bring it in towards where the histogram starts to rise. See the change?

Levels can bring back some colour and contrast to ‘faded’ images

… I’ve also moved the centre-slider slightly; this acts like a brightness control, so try it to see the results. If you have flat-line on the right too, then bring that slider in. The image will ‘pop’ as you do so. You don’t have to bring it all the way in, of course: As a rule of thumb, if I’m not sure about a new image-manipulation, then I alter whatever the setting is a lot, and then back it off around 50%, to ensure I’m not ‘over-cooking’ the results (that, and work on a copy, of course!).

Of course, you may want more subtle results, and keep some delicate light and colours in the image, which is why I’ve been very subtle with this image:

I want to keep the delicate colours in this shot

Taken from the ‘back’ of Toronto Islands, with smoke from a distant forest-fire softening the image, I wanted to keep this light feel; not make it bright and vibrant. It’s personal preference, of course. That’s why I made the point of having your final results in mind. But for playing about, go to the extremes maybe, just so you know what it looks like (and – to my mind – how nasty an over-cooked image can look!).

In addition, even if you don’t have a flat-line at the ends of your histogram, try a shot where you would like to maybe alter the brightness a little (which also affects how the colours look): Here, simply use the centre-slider as a brightness control, and try moving it up or down. Down will reduce the brightness and saturate the colours more: Good as modern cameras are at getting the exposure right, there are plenty of times when this small adjustment will bring about a welcome improvement to your image.

Now, you can click anywhere on the diagonal line and drag to move it: This can be another good alternative to changing the contrast, as it leaves the start- and end-points untouched. Try it and see. But for me, I tend to use the centre-slider in Levels for this more. So, what we will do here is give it a very shallow S-curve to see the difference:

Curves can provide some finer-tuning of the image, at least if done with subtlety!

It’s not a bad image to start with, but sometimes, you may want to deepen things a little, so click about a quarter of the way along the line and drag it down. Got it? Now, click around three-quarters of the way up the line and drag upwards. Seeing the difference? Too much? Then click on the points and move them around, and see how they both affect the result.

With a gentle tweak, the saturation is increased

Again, try varying degrees of subtlety/craziness and see how this makes the image look. Oh, you like it that bright and saturated? OK, well, no accounting for taste, eh?!

That’s all I will cover today: I never touch the image brightness/contrast controls any more: This is how I prefer to alter the image. And you will see that it also changes how the colours look. I made extensive use of the Curves control on my last urbex outing: Check it out here to see more; I reallylike the way it brought out the rich, deep colours on a dull day largely undercover.

So, have a play, see how you go, and then add it to your choices for altering any photos you take. It’s only my personal view of image-editing, but that’s the only one I have!

Here are the sample images for you to play with. Remember to save to your computer first, or with Pixlr, give it the image URL without doing this. Clever, eh?: 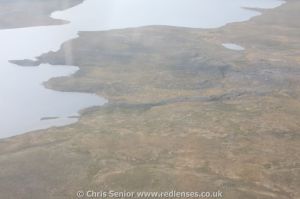 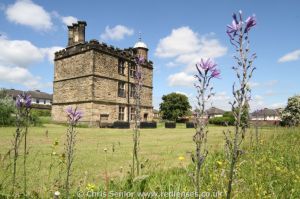 1 Response to Simple Photoshop tutorial (works in Pixlr too!)