Kinder is a wonderful part of the Peak District National Park, in Derbyshire, UK: It’s not that far from me and I really should visit it more than I do, being a place of contrasts, particularly between the upland gritstone moors, seen here, and the flatter limestone landscape with hidden, steep-sided valleys.

It is unusual to get such a dry day up here, as the peat-bogs can be very … well, boggy, resulting in often bringing a good part of the landscape back home on clothing and boots! However, not only was this a mainly sunny day, there was also a marked lack of aircraft contrails (Manchester airport being not many miles away), which can cross-cross the sky and rather spoil landscape photos up there. 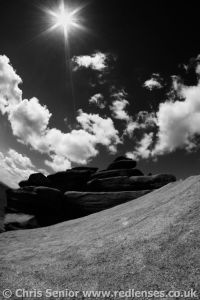 The other unusual thing was me choosing to shoot in b&w in-camera: I’m still getting to grips with b&w photography, and normally shoot in colour, choosing to convert any promising shots to b&w in Photoshop. However, I’ve been meaning to start getting a better handle on seeing the world in monochrome, so this seemed like a good opportunity: Decision was made as I was walking the approach to Jacobs Ladder, employing the tried-and-tested ‘seemed like a good idea a the time’ theorem! 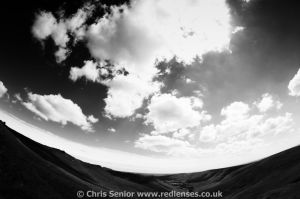 Back at the computer, although I did not have to convert the images to b&w, much time was spent using the Google Nik plugins, namely Silver Efex Pro2, to manipulate the images however I thought to be the most appropriate for my own mental image of each shot: I find that they have plenty of flexibility, both between and within the various pre-sets, and they have obviously been designed with some thought, rather than ‘thrown together’ like some cheaper or free plugins seem to be. 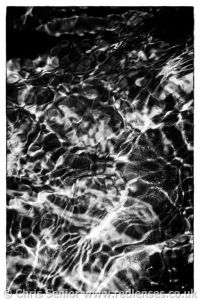 Yes, as I have stated before, I do like to play around with my images, as I feel that leaving then as they came out of the camera is only doing half a job. And with b&w, it is perhaps even more tempting to manipulate them. After all, we don’t actually see the world in monochrome, so I’m already starting from a completely manipulated viewpoint, as I see it: People who are anti-Photoshop because of it being ‘cheating’ in some way fail to see this one, simple fact regarding the history of photography, in my view … 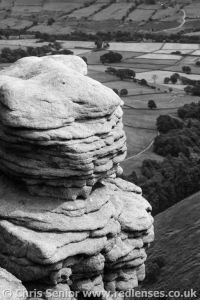 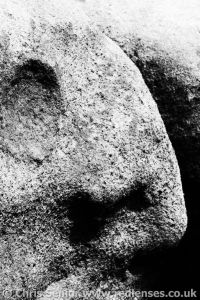 … ok, so it was invented before colour imagery, but this is surely a more ‘false’ way of looking at the world than any but the most extreme of colour manipulation? And also, perhaps, why I am taking much longer to get to grips with it as a technique.

So, here we are … a few highlights from a wonderful part of the world, taken on a fine and sunny day, and during the process of a good, long walk too. With picnic. What better?!

2 Responses to Kinder in b&w